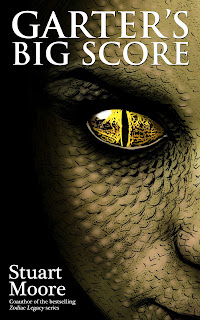 Hello faithful blog followers! I wanted to let you know that I’ve just published an ebook novella called GARTER'S BIG SCORE, which is set in a world where only women have gained super powers. There’s a free sample, and the whole story only costs 99 cents. It’s the story of Garter, a well-meaning costumed thief who’s getting too old to climb through windows in heels to steal jewelry. But in order to retire, she needs one last, big score. And that may involve breaking her own personal code.

GARTER’S BIG SCORE grew out of the super hero prose stories I’ve been writing for the past few years. So If you’ve enjoyed my novelization of Marvel’s CIVIL WAR, or the ZODIAC LEGACY novels I’ve written with Stan Lee, this might just be up your street, as the Brits say. And if you know my comics work, like EGOs or NAMOR or FIRESTORM, I hope you’ll check it out too.

GARTER’S BIG SCORE is the first of a projected series called . There’s more info in the book’s introduction. If you like what you read, please let me know at this email and post reviews on Amazon. This is pure DIY stuff—it’s just me out here. Well, me and Russ Braun, who drew the amazing cover. And there’s a little comics-y surprise hidden inside the book, too.

One caution: GARTER is not for kids, and it’s not particularly PC. You’ll see what I mean, pretty early on. 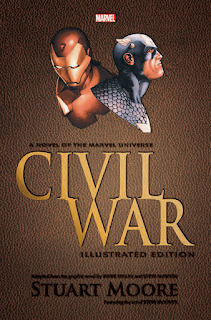 Hi everyone! I'm Stuart Moore, writer of comics and novels and things. An almost-full list of my works should appear in the sidebar to your right.

I've got a lot of news coming, so please follow me on Facebook and Twitter for the latest. Thanks for coming along on the ride.
Posted by Stuart Moore at 4:28 PM No comments:

Out tomorrow: EGOs #3, the climax of our first epic marital crisi—uh, storyline. Preview it now at Comic Book Resources! 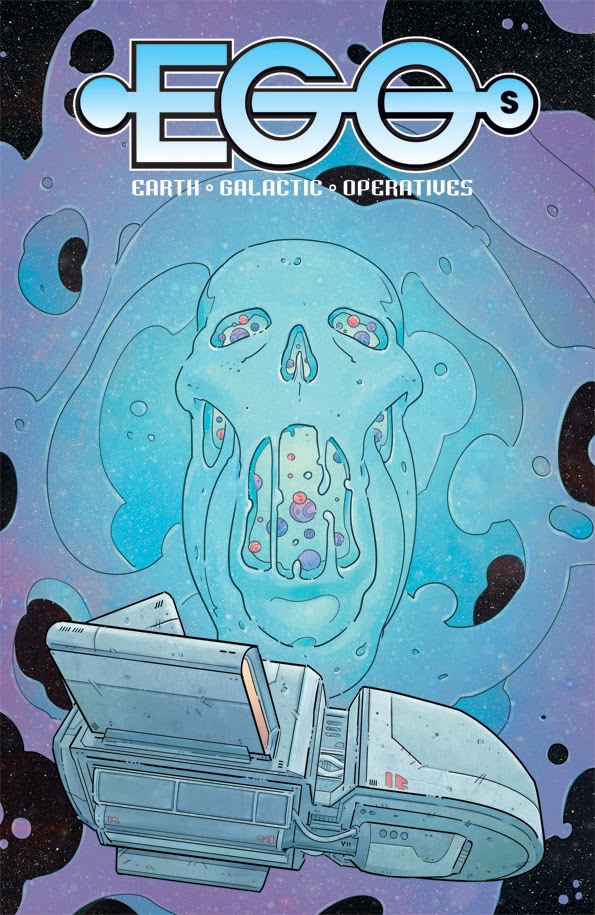 Posted by Stuart Moore at 9:15 AM No comments:

As I write this, we're about to go live. Follow this link! 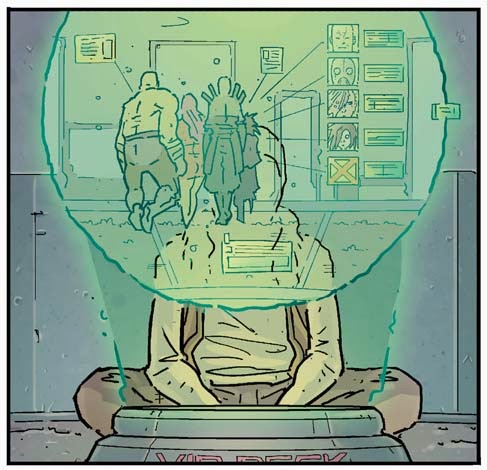 Posted by Stuart Moore at 8:49 AM No comments:

Posted by Stuart Moore at 2:08 PM No comments:

Posted by Stuart Moore at 12:53 PM No comments:

Right now! Go to Twitter and follow @EGOsComicZero. In a little over a week, you’ll get something amazing. Fingers crossed.

Meanwhile, pardon our pride as we bathe in the incredible praise for EGOs, like Scrooge McDuck in his money bin:

“Pairing casual, inviting narration with a quickly paced story balancing action and exposition makes this a highly entertaining and accessible debut, and that final twist boosts the momentum into overdrives to promise a thrilling journey ahead.”
- Oliver Sava & Matt D. Wilson, The A.V. Club

“An entertaining story that leaves me wanting more… A solid debut that introduces a nice cast, a solid villain, and a lot of questions that I’m more than willing to continue to read.”
-Patrick Hayes, SciFi Pulse

“Moore and Storms have created an immediately interesting comic book with potentially intriguing characters in what I hope will continue to be an interesting and original story.”
-Ian Simpson, Geek Syndicate

“By the end of this first issue, you are left with a decent understanding of the past; a general direction moving forward; and a feel for the characters.   From what I’ve read, there is sure to be plenty of death, action and adventure−hopefully in that order. Final words: I dig it.”
-jEZ, First Comics News

“The first issue was a pacey, stimulating little package that sits very nicely alongside other Image titles such as Manhattan Projects, Jupiter's Legacy and Prophet. If it maintains its quality, it deserves to do well.”
-Tom Murphy, Full-Page Bleed

“EGOs #1 isn’t a perfect book, but it is ambitious. It is a superhero sci-fi space opera in a semi-dystopian future, and instead of being a mess, it is actually pretty cool…Give it a shot.”
-Crisis on Infinite Midlives

“A fun trip into the future of super science and dimension hopping. Moore has written an engaging and witty intro into this new world. Artist Gus Storms does an excellent job with his layouts and pacing. He has a simple, scratchy style reminiscent of Nick Pitarra’s work on The Manhattan Projects. For his first comic book work, not too shabby at all.”
-Guy Copes III, God Hates Geeks

“EGOs #1 is gearing up to be something that requires total commitment on the part of the reader, but the reward will be well worth it.”
-Jonathan Pilley, Omnicomic
Posted by Stuart Moore at 3:01 PM No comments:

Stuart Moore
Brooklyn, NY
Stuart Moore is a writer, a book editor, and an award-winning comics editor. Recent comics writing includes DEADPOOL THE DUCK (Marvel), DOMINION: LAST SACRIFICE (Amazon/Jet City); and EGOs (Image). Novels include THE ZODIAC LEGACY, a Disney series created and cowritten by Stan Lee, and THANOS: DEATH SENTENCE (Marvel). Other comics work includes WOLVERINE NOIR and NAMOR (Marvel); assorted Star Trek and Transformers projects; and the science-fiction graphic novels EARTHLIGHT, PARA, SHADRACH STONE, and MANDALA. Prose writing includes the novel version of Marvel’s CIVIL WAR and Disney Worldwide's JOHN CARTER: THE MOVIE NOVELIZATION. Stuart also serves as freelance editor of Marvel Comics’ prose novel line. In the past, he has been a book editor at St. Martin’s Press and editor of the Virgin Comics / SciFi Channel and Marvel Knights comics imprints. At DC Comics, he was a founding editor of the acclaimed Vertigo imprint, where he won the Will Eisner award for Best Editor and the Don Thompson Award for Favorite Editor. He lives in Brooklyn, New York, with his wife, author Liz Sonneborn.